The primary focus of this campaign was the exploration of the wells in Wadi Abu Dom. All of them had been cleared earlier in the 20th century down to the bedrock, but examination of the fragments of pottery from the debris cleared revealed the material to be homogenous and datable to the medieval era. Those wells utilized for agriculture in the lower Wadi Abu Dom differ significantly from those in the central part of the wadi suitable for supplying water for animals. Furthermore, the wadi was intensively explored as far as its bend at Umm Beida and samples collected of all types of anthropogenic remains. The architecture accidentally discovered in 2012 in mid- Wadi Abu Dom (now designated El Tuweina) could be documented.

Read or download the Excavation-Report of the Journal
DER ANTIKE SUDAN. ↓ 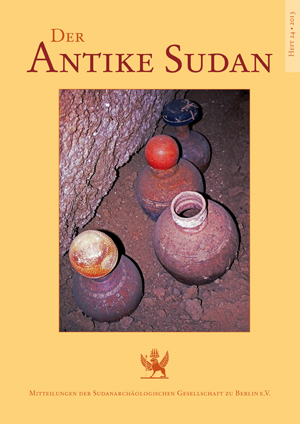