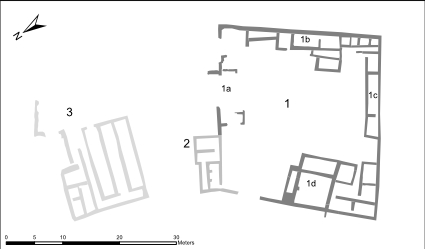 The structure of El Tuweina is located in mid-Wadi Abu Dom and thus in an entirely different topographical situation. The three structures in the ruins of El Tuweina are clearly distinguished from each other; for now, they are designated simply Object 1 (remains of low walls), Object 2 (the mound with middle range walls), and Object 3 (a second mound with higher walls). 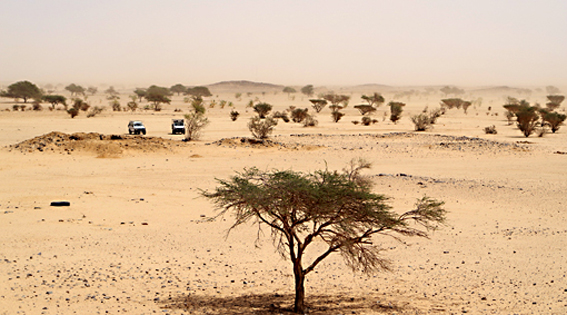 The visible remains of Object 1 suggest a walled enclosure, perhaps with a rectangular plan ca. 33 by 33m. Inside there are remains of installations, some built up against the wall and others freestanding in the courtyard. During the excavations (see season 2017 and season 2018) several mudbrick walls were discovered which hint to a more complex groundplan. 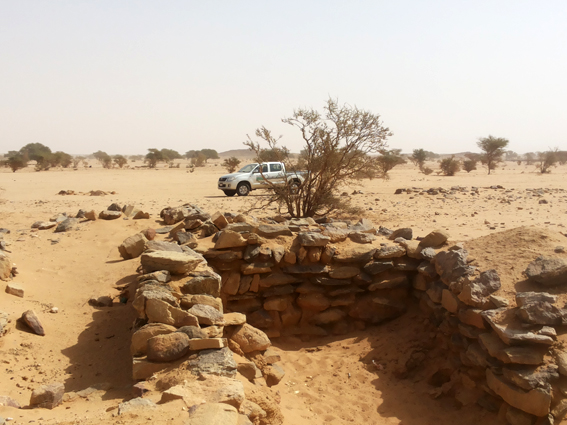 Object 2 is defined by a small mound oval in shape, but the wall to the west has been entirely destroyed by bulldozing. The building might have once been a residential building and belongs to a second building phase.

Object 3 is defined by higher walls, surrounding elongated rooms, as well as a (secondary) northern apartment with smaller rooms. The elongated rooms were accessible from the eastern side; at present, no windows to the outside were documented. 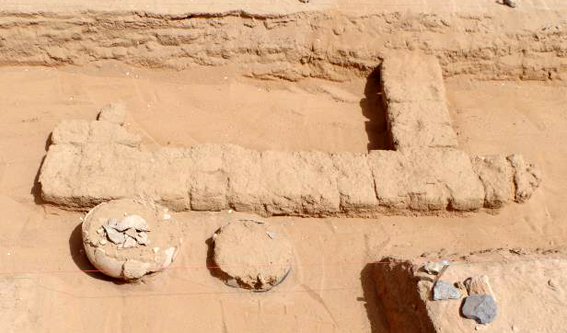 After completion of the field work, the data is evaluated and analyzed at the moment, focusing on the chronological sequence of the individual parts of el Tuweina. Both the northwest corner of object 1 (with the subsequently attached object 2), object 3 with the secondary northern extension building, as well as the room structures at the eastern part of object 1 show two construction and usage phases each. However, it still has to be clarified whether these construction phases, which can be identified at different sections, correlate with each other, and therefore two contiguous and continuous phases can be accepted for the entire complex.
C 14 data indicate that the complex was built in the late Meroic period. Regarding to the function of the building ensemble, painted plaster residues and other high-quality ones suggest an elite character. Several cooking installations and the architectural layout with several independent apartments suggest a residential context.