In the last season of the survey we reached the offspring of the Wadi Abu Dom. There is a significant settling during the Middle Ages: Several substantial box grave cemeteries as well as hut-structures and “gravel beds”. These are bed-like installations, used in regions with only few wood. Besides the survey we conducted small sondages at examples of different site categories to get an idea of their function as well as dating. It appeared that small round paved platforms, interpreted as superstructures of graves, did not host burials, and had even no substructure at all. Up to now we do not have an interpretation for this type of site.

Read or download the Excavation-Report of the Journal
DER ANTIKE SUDAN. ↓ 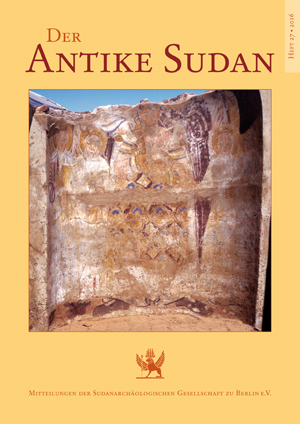