Additionally, we excavated within the estern room structure of the middle casemate. We found the southern part of these rooms filled intentionally in order to erect an elevated terrace. A staircase from the central courtyard was probably connected with this elevation. In the northern rooms, we found utilization levels on the ground. 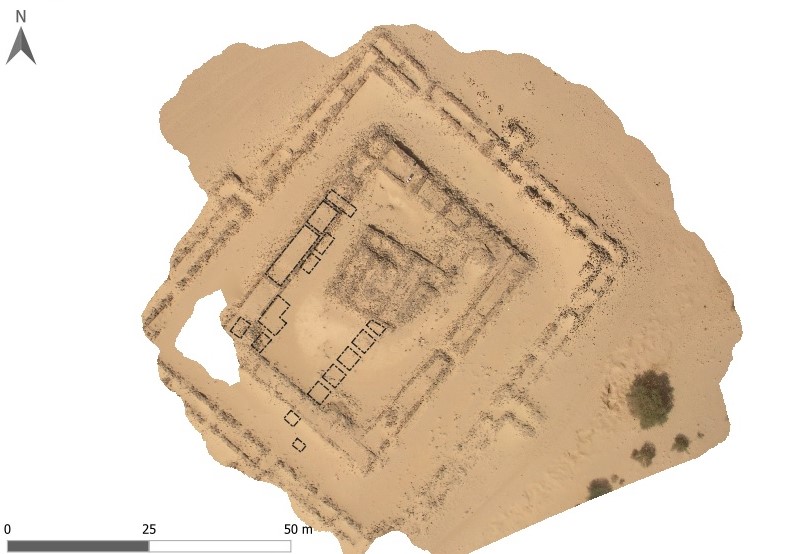